The Tower of London and Albert Island 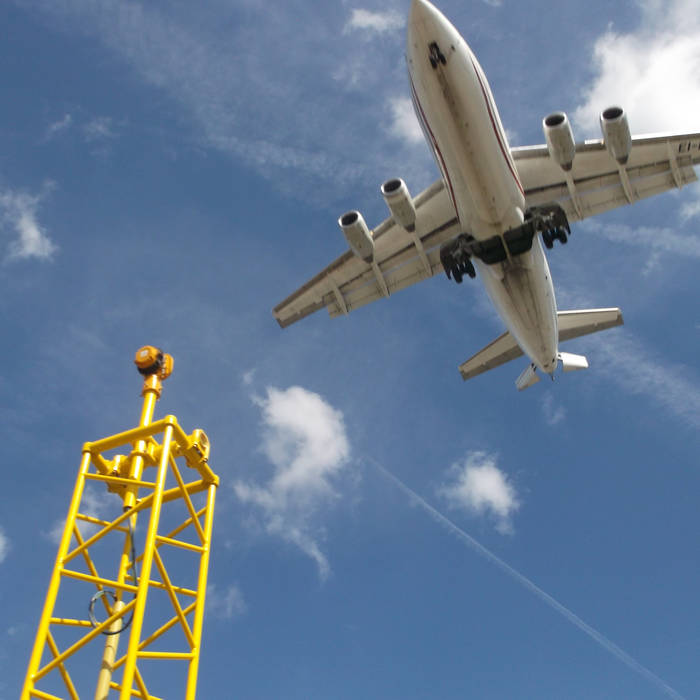 I see these guys around London Bridge more and more nowadays: That old "which cup is the ball under" game where most of the people participating are secretly part of the scam. I'm in two minds about these people: I mean, obviously I find they're behaviour abhorrent, but I gotta say I do appreciate how they provide a bit of variety to the urban soundscape.

I saw these guys on my way to the Tower of London. I had passed the tower back in episode 6 on my way from the Monument to St. Katharine's docks; It looked a little too busy for my liking that day, but I did make a note to return. Here's the sound of the tower's iconic ravens; they don't sing often or for very long so this was as good a take as I could get in the short time I was there. And I was only there for a short time - here's why...

I had just missed the changing of the guards - which happens every couple of hours, apparently - but there are two guards in the central square at all times to protect the Crown Jewels. They're mostly silent, but they do occasionally loudly march back and forth or they stomp their foot while changing which hand they hold their rifle with, all of which echoes off the surrounding architecture. However, not long after I began to record was I accosted by some sort of security.

I was basically told that I wouldn't be welcome in the Tower if I continued to record, so I had to leave, and I didn't even get my twenty-something quid back. The guy clearly hadn't really thought this all through, though: Not only did my equipment go unquestioned when my bag was searched at the entrance, but we were also surrounded by tourists who were filming - inevitably recording sound as they do so - who he didn't seem to care about. When I pointed this out it only agitated him further and he made it clear he didn't care to justify his specific targeting of me.

This is not my recording. Last episode I made some pitiful attempt at fundraising to help pay for a soundcloud pro account, and a recordist called John Tenney generously donated and got in touch with me over Facebook. This is from his album - available for free download from Green Field Recordings, a netlabel worth exploring if you haven't already - called American Places. This track in particular is of San Francisco's "St. Stupid's Day" festivities.

I love this recording: There's so much going on but everythings is still clearly heard. I also love the sense of humour about it; I find myself chuckling throughout as I listen. The whole album is worth listening to though, and I encourage you to check it out. There's a link in the description along with a link to John's Vimeo account where he hosts his video art portfolio. John, thank you again for your support.
This next part isn't even a field recording! Another listener who donated and sent very encouraging words is one Connor Crowell (Crowell? I'm not sure), who releases a variety of musics under the pseudonym Echodjek (I hope that's how it's pronounced, too). This is "Beneath the Waves", the closer to his album Petrichor (also available for free download from his Bandcamp).

The album is that classic style of guitar-loop based ambient music, but he is by no means tied down to that genre. He likes to switch it up and try new things with his music, and has an album of folk-influenced bedroom-DIY kind of stuff, too. Again links are in the description, and again, thank you Connor for your support.

If you would like to contribute to the continued production of this podcast - as John and Connor have - then you can donate as much or as little as you'd like at my bandcamp where the sans-commentary versions of each episode are available to download.

Back to my recordings now - to kind of an interesting place. Sort of a non-place, actually: Albert Island is a small unpopulated island off the East end of London City Airport's runway. There's not much there: There's some industrial sites, some fancy boat restaurant, and a dirtbike track, and that's pretty much the entirety of the place.

I was hoping to record airplanes taking off and landing from as close as I could get, and learned about this location from a plane-spotting forum. Now, I'm not a plane-spotter (nor do I have any intention of starting) but I totally get it. These machines are impressive and watching one actually take off in front of you and hearing the sounds they make is all quite exhilerating. Right now you can hear one - maybe it's 100m from me - taxiing before it's scheduled departure. This amazing sonic sequence happens soon when it begins its take-off - the sound of the engine is so powerful that it just kind of reverberates throughout the landscape, making it sound like it's coming from all around you rather than from any particular point. That sound fades out as the jet speeds down the runway away from you and you witness its quiet ascent up towards the heavens, but after a few moments in the air another low, noisy drone occurs, and I don't know what's causing this.

Just as an aside, I found it ironic that a sign where I sat declared the site a "no drone area".

With a microphone you can hear the planes coming in to land a mile off, but it gets louder and louder and your anticipation keeps building up, trying to guess the moment when it's gonna pass over you. Then when it does it made me physically jump the first time, and I never really got used to it: I recorded a few takes and every time I got at least a slight jolt. It's because just all of a sudden this enormous thing is right above you, and it goes just as quickly as it comes. It must tap into some real primal instinct of danger, just to be suddenly enveloped by this goliath presence.

The plane brings a volley of wind with it; I couldn't find any way around that - still a cool sound.