The Three Bridges and Wembley 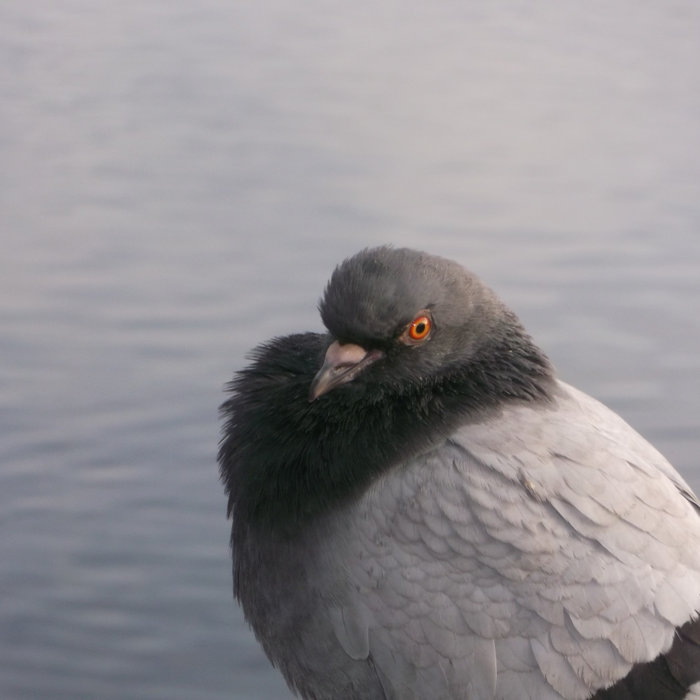 A lot of the time (espcially when it comes to this show, where I'm not focusing on any particular subject) I find myself sitting around waiting for something - something undefined; something magical, I suppose; just some event I find sonically interesting. I never know what that something might be until it happens, but today was an exception; I went to a very distinct place: The Three Bridges, which is the last major engineering project taken on by Brunel. It's pretty much unique: It's the point where a road passes over a canal, which in turn passes over a trainline. Yes, you heard that correctly: The canal goes over the train. And it's not like it's a small bridge or that the train is underground, this canal is suspended in midair. You can look down below you and see completely dry land stretching off in all directions. It has the kind of surreal quality you would find in a Studio Ghibli movie. So, when I got there I knew exactly what I wanted to capture: I wanted to record a moment when all three bridges - actually, that's an interesting point; technically it's only two bridges, right? I don't know why it's called "The Three Bridges" because I wouldn't count the trainline as a bridge (it just goes along the ground) - anyway I wanted a moment that had all three being used at the same time.

The road I didn't have to worry about; the motor traffic was pretty steady. The boats weren't constant, but they were regular enough and tended to come in volleys of several at a time; the Three Bridges are situated between two locks so I could see them coming several minutes before they were due to pass by, which gave me a plenty of time to set up and start recording. They also come by very slowly, allowing for a reasonable window of opportunity for a train to pass. However, the trains do not come that often at all, so a lot of those opportunities went unrealised.

I had to make a pretty crucial creative decision. After some experimentation I chose to position myself at that central overlapping point - under the road bridge and over the train tracks - even though it meant that the road traffic was quite muffled. I could have stood at the side for a clearer picture of all three, but it just didn't seem as interesting from a conceptual perspective, I suppose. Why go all the way out to this single point where these three routes coincide if I wasn't going to actually record at that exact point? I guess that's the art-school graduate in me coming out. To be honest, after a couple of hours the deciding factor had become how much cooler it was in the shade under the bridge than out in the blazing sun.

I do find it interesting that there's seemingly two kinds of field recordists. Most people actually working in this area are sound designers or on-location recordists, and their job is to get the cleanest recording of various sound effects and background ambiences for use in a film or to publish as a "library" for other people to pay to use. I've tried my hand at that a bit but I like the way different sounds interact with each other to create a cohesive feeling of a space, and trying to isolate a single sound from that place seems too cold and sterile to me. I'm definitely more the other kind of recordist, who treat field recording as an art form in and of itself. They might use it in music or create a gallery installation or just sell CDs of their recordings or whatever, but its still a medium for creative expression rather than a disciplined, more practical craft. This disparity is especially apparent when you start hanging out on various online forums and you notice two very much separate kinds of conversations happening - one more technically minded and one more emotionally driven - but I like to think that the two groups learn from each other equally. Quick shout out to the field recording facebook group, you guys are awesome and regularly inspire me.

Overall, I hung around for three to four hours waiting for this moment to occur. It can be a bit frustrating: It's not stressful - it's not what I would consider hard work - it's just a case of patience and perseverance. Every time a boat would pass by I'd be looking down the tracks praying "Come on train, come on train!" Finally at long last it happened... There you go: a sonic portrait of Brunel's Three Bridges. I hope it was worth it.

The next day I went out to explore Wembly. Another passing vehicle, this time one of those little trucks that you occasionally see at your local park - cleaning the place up or something, I don't know. There seems to be a lot of activity but it's still quite a tranquil sounding place: You can hear children playing, a passing train in the distance, planes overhead, the squeak of the swings, the noisy banging of other playground equipment, the parents watching on, the occasional bird, insects passing by, the wind through the trees, different languages - there's just a lot to hear. It was yet another beautiful day so I didn't really put much thought into this recording; I just sat down in the shade under what looked like a comfortable tree, had a beer, had a cigarette, and listened. That's the kind of recording I enjoy making the most.
I've always liked the sound of children's play parks (even though it is the time I feel the most anxious about recording, I really hope no one thinks I'm being a pervert). In Epsiode 2 I described the Sound Garden at the Horniman Museum as having a "spastic serenity" to it. Now, that place in particular has a novelty in its explicit musicality, but I feel like all playgrounds share that quality (if you're there at the right time). It shouldn't come as a surprise that the classic "I just bought my first handy recorder" cliche is often a recording of a local park; they just seem like an easy way to get out into a "pretty" soundscape.
I remember a conversation I had with a friend of mine and I was talking about this issue of newby recordists being attracted to "picturesque" places and he commented that that was an interesting choice of words - picturesque - because it suggests that they're being led visually rather than sonically, and I remember saying "Absolutely, that's exactly what's happening". When you first start field recording you haven't yet trained your listening skills - you are only just starting to. You also have a prejudice - likely stemming from listening being primarily a musical exercise for most - towards 'pretty' sounds. At first, creative decisions are often mostly informed visually rather than sonically and you make the assumption that a visually pretty place must be equally sonically remarkable. After a while you realise there isn't really much of a connection there, and also that ugly sounds can be interesting, too. Anyway, not sure what my point is here; I guess that parks can be great to listen to, but not always - they're often quite boring. This one's alright though - like I said, there's a lot to listen to.

That unpredictable erraticism is pretty much the main reason I have an interest in sounds. I often find myself comparing my recordings to the kind of music I enjoy, but it should be noted that - as you've probably guessed by now - my taste in music is pretty unconventional, to the point that most people who get to know me invariably dispute that term - music. A long-running in-joke I have with other soundie friends is the question "It's not really music though, is it?" - an appropriation of an oft-heard response when we share our interest with others. I just don't like patterns and repitition in music; I prefer formless nonsense, and I don't think that should be as controversial an opinion as people make it out to be. People understand that not every movie is meant to make you laugh like a comedy or scare you like a horror film. People play video games for different reasons - for the story, for the challenge, or for an aesthetic experience - and that's commonly accepted, too. But most people really seem to struggle with the idea that people listen to music for different reasons. I myself don't care to dance, I feel like the best song lyrics can't hold a candle to real poetry, and diatonic scales have grown stale to me. I like 20th century modernism; I like free improvisation; I like drones and harsh noise and anything else that "isn't really music"; and yeah sure, I like the sound of children playing at their local park. But hey, if you've made it this far into this podcast then you're probably not the kind of person I'm ranting about - I'm just self-indulgently preaching to the choir here aren't I?

I am now running out of space on my Soundcloud account - which hosts this podcast - and will need to upgrade to a "pro account" after the next episode which is going to cost me £5 a month. That might seem like a trivial amount, but it's far from the only expense of making this show and I don't want to get caught off-guard as the costs begin to all add up. As much as I enjoy regularly going out to record for this project, I'm also not in any position to be spending frivolously. So I implore you, dear listener, to consider donating by downloading any of the sans-commentary episodes over at my bandcamp account. You're not even obligated to actually listen to whatever you download, it's just a way for me to keep this going without worry. Sorry for selling out.