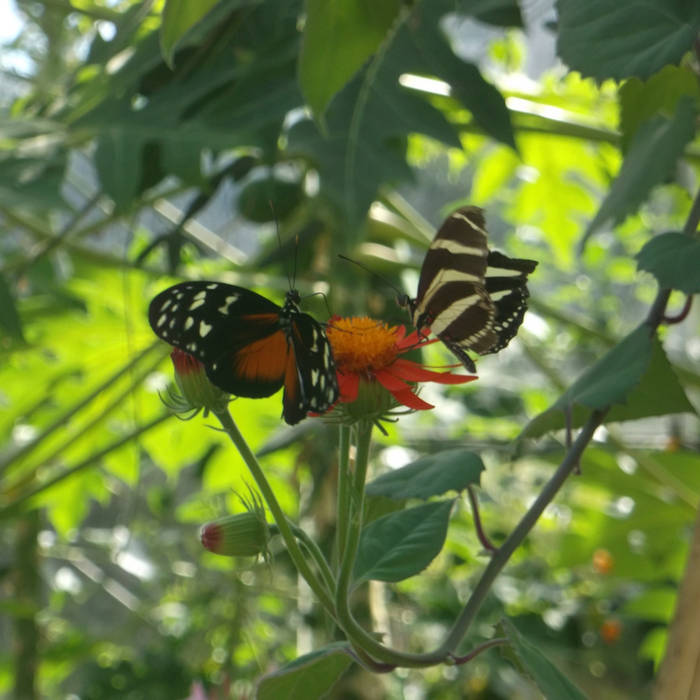 This is probably my favourite spot in my hometown; anytime one of my soundie friends visits me I bring them here. If you're ever in the mood for some free improvisation just hang out at the Sound Garden at the Horniman museum in Forest Hill and wait for the inevitable school trip to show up - you won't have to wait long.

This is the kind of situation where discrete recording is necessary. I was sat here before this mob of 30 or so kids showed up and my microphones were invisible so I didn't draw any attention. When I have a microphone out on display, children tend to become curious and start asking questions and acting up by shouting "hello" over and over again, which isn't really what I'm hoping to record. Plus, people tend to get anxious with strangers acting oddly around children.

The sound garden consists of five instruments positioned in a rough semicircle: Starting from the very left of me you have paddle pipes, then xylophones, pipe drums, chimes, and to the very right there's an unsual structure consisting of metal bars arranged in spiral patterns that you brush with a stick - I don't know what this would be called. The chimes are by far the most popular instrument as well as the most resonant, so they always end up dominating the performance. I find that it's only when the chimes subside a little that the xylophone becomes apparent, and the spiral structure often goes ignored but is distinct in its muted yet noisier timbre when it is sounded.

There's more to listen to than just the instruments, though: The players themselves make full use of the performance space by running around just as erratically as the sounds they are making. The parental guardians chat between themselves and occasionally interfere with the playing, adding a kind of meta narrative. Finally, incidental sounds - well, I suppose all of this is incidental, but other sounds such as birdsong, airplanes, or any other activity in the area contribute to the symphony. I can't think of a piece of music that accomplished what is achieved here with such complete naivety; the soundscape is simultaneously frenetic as well as blissful - a sort of spastic serenity.
Unfortunately, the school children are sort of a one-hit-wonder. Their clamour is almost inescapable as you wonder through the grounds and exhibits of the Horniman Museum, a place which is otherwise quiet and sonically unremarkable. The one place of respite I found - that was also interesting to listen to - was the relatively new butterfly house, which I had yet to visit before now. I didn't really know what to expect - I mean, butterflies are pretty much silent after all - but it turns out that they play rainforest wildlife recordings, presumably to provide a sense of atmosphere. However, every couple of minutes or so the noise of the heaters interject. I swear, these heaters sound exactly like the coffee grinder at my work, which gave me a strange feeling - like when someones ringtone is the same as your alarm clock and suddenly you doubt your entire reality.

Another oversight is that the rainforest sounds are played out from only one wall of the exhibit, so the atmosphere you are immersed in is a little surreal - like standing at the very edge of a densely populated rainforest and only peering in... and also you're in a coffee shop, I guess.
I didn't feel I had enough quality material for this episode (I'm aiming for these to be around 15 minutes long) so the following morning I got up at 5 o'clock to get the first trains that I could to Billingsgate fish market - there's no connection there, it was just next on my list of places I wanted to go. I wasn't able to get there in time for the main wholesale trading but it was still a busy, noisy environment.

This was a very straight-forward recording session; I was only in there for 10 minutes. The fish market is surprisingly small; it turns out it only takes up half of the building that it's in, whereas the other half is storage and offices. It also helped that it was an enclosed space so I didn't have to combat the elements, and I was already wearing my microphones when I got there which allowed me to quickly tour the whole market discretely.

I mentioned last time that there was more handling noise than I would have preferred. Well, in this recording I walked at a similar pace and I don't think there's any audible rustling. Fellow recordists who are listening might think this is obvious, but I'm hoping to demonstrate just how important microphone placement is to people who are new to this kind of stuff.

When I talk about field recording, most people assume that I mean wildlife sounds like the ones playing in the butterfly house. It's true that a lot of recordists focus on that kind of subject, but I don't find purely natural sounds all that exciting. Bernie Krause came up with an acoustic ecological trinity consisting of the biophony (which is the sounds of wildlife), anthropophony (the sounds of people and society), and geophony (the sounds of the Earth's natural processes, like wind and rain). The best field recordings usually contain a little of all three, but if I had to pick one I would say I find people the most interesting. I most enjoy recordings of physical activity, especially if there's an element of tradition involved.

At the very end of this recording I was fortunate enough to catch an example of 'Billingsgate Discourse': The workers at Billingsgate are infamous for their use of crass language and -according to the Londonist website - an 1811 Dictionary of the Vulgar Tongue defined Billingsgate language as: "Foul language or abuse, Billingsgate is the market where fish women assemble to purchase fish; and where, in their dealings and disputes, they are somewhat apt to leave decency and good manners a little on the left hand."

I'm pretty sure that's the first time I've ever recorded the word cunt.