A Monument, Some Docks, and a Hill 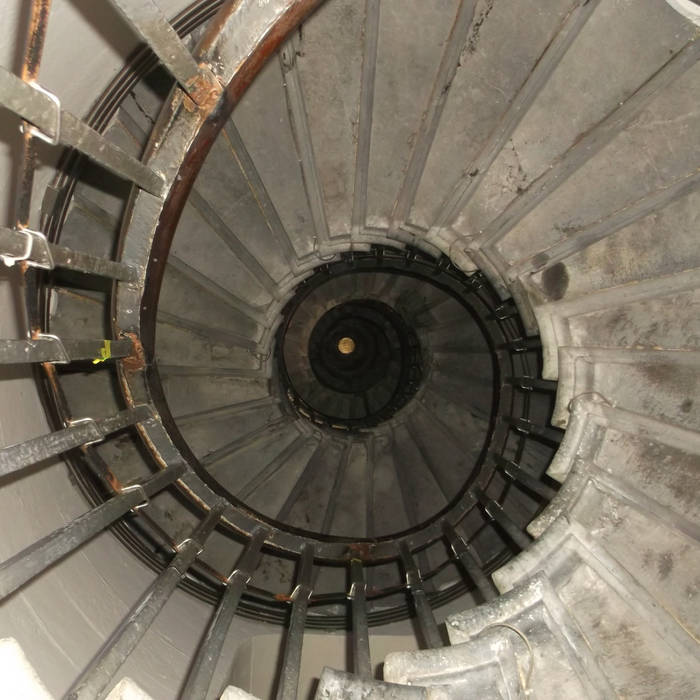 So this is my very first attempt at recording with my new/old Fostex recorder and my usual microphones. Though it sounded fine at the time, I found out upon editing that I had over-recorded, resulting in the audio clipping in several places. You might have noticed a child whooping in the background that is distorted. My usual recorder is very quiet; I've never set the record level at lower than maximum and I always have the volume of my headphones at full; and yet it's never been uncomfortable for me, nor has the audio ever "peaked". Not only are the Fostex's preamplifiers more powerful, but the recording and monitoring mechanisms are also a little more complicated: There's an overall record level dial as well as two "trim" controls (one for either channel, left and right respectively). Plus, the volume for your headphones goes way higher than I'm used to, so I basically have three variables that can all be set too high or too low but that either way can be compensated for by the other controls without your knowing. What I'm trying to say is that it's going to take me a while to adjust to this new machine, so my apologies if the sound quality is subpar.

There's a particular way of breathing whilst wearing microphones that I've developed. I don't want to breathe through my nose because of the whistling sound it creates (I have allergies half the year and a cold the other half), but breathing deeply through my mouth is also too loud. I deliberately try to take short, shallow breaths with my mouth partly open so that I can move through a space in a relative quiet, but climbing over three hundred steps to reach the top of the Monument to the Great Fire of London while breathing this way was exhausting, and I couldn't quite make it all the way without gasping for air.

As you heard at the beginning, the steps are particularly narrow and the balcony at the top is similarly cramped. I get self conscious while recording if I'm standing still in peoples' way, and the close proximity to others meant it was too easy to record their conversations in detail, which is similarly uncomfortable for me. This last part was recorded in the one spot where I could sit down out of the way of others for a bit - a large nook halfway up the steps (sort of like the passing places you find on country roads but for a spiral staircase). I didn't hang around at the Monument for long though. After making my way back down I opted to wander along the Thames again over to the St. Katharine Docks.

The marina is very quiet: The water is still - unaffected by the tides - and very few of the boats docked there have riggings for the wind to blow through (I've always loved that sound). There's a hubbub of general urban ambience - passers-by, music playing from restaurants, and the obligatory air traffic overhead - but nothing remarkable or distinctly "marina-y". I managed to catch someone coming in through the entrance - the bridge has to raise in order to let the boats through - but I didn't quite have the right microphone out for the job. I was caught off guard and didn't have much time to react so - already wearing my DPAs - I just quickly hit record. I wish I had used my Rode NT4 though - a more directional microphone - so that I might zero in on the sounds of the bridge a bit more, so I decided to hang around; surely it wouldn't be very long before another boat came or went... I was there for three hours. I don't get it, I saw dozens of people hanging out on their boat, and I saw maybe a dozen people cleaning their boat, but in three hours not a single one of these boats actually went anywhere. It seems rich people are content to simply sit around in the marina - something I managed to do unwittingly without having to spend thousands of pounds. What a waste.

That was Sarah, a little old lady I met at Dawson's Hill, the hill leading up to the architecturally famous estate Dawson's Heights which I visited for the first time recently. It's a beautiful pair of buildings but pretty much silent, so I thought I'd wander around the adjacent park. I was initially attracted to Sarah because she had this goofy little dog with her. It wasn't a pug - I forgot to ask what breed it was, actually - but it made these little snorting noises just constantly. She told me that she'd been to the vet about it and there's nothing wrong with him - he's just a weird dog. But also, she had a cat with her that you might have heard in the background that acts like a dog. The dog is called Bob, the cat is called Lilly, and Lilly and Bob would play together like two puppies. Or another dog would come along and Lilly would go say hello to it. It was very strange; it reminded me of the film Babe. Sarah comes to sit on a particular bench which was dedicated to a man called Charlie Hoskyns-Abrahall, a person she was close to.

I'm not particularly happy with any of the recordings in this episode, really. Like I've said, Monument was too claustrophobic, I missed my apparent one and only chance at St. Katharine Dock, and - as much as I enjoyed sitting and chatting with Sarah - my interviewing skills are much to be desired; oral history isn't really my usual style. And she's right: This place never does get too loud, which I suppose is nice, but means it isn't particularly interesting for me to record.
A bit of a weird episode this one - kind of all over the place. Sorry about that. Regardless, if you would like to hear a sans-commentary version of this or any other episode of Field Trips you can find them at mola-recordings.bandcamp.com/album/field-trips. These "instrumental" versions (for lack of a better word) are available to download for free, but you can also choose to leave an optional donation if you'd like to help support the show. With that, all I have left to say is thank you for listening.